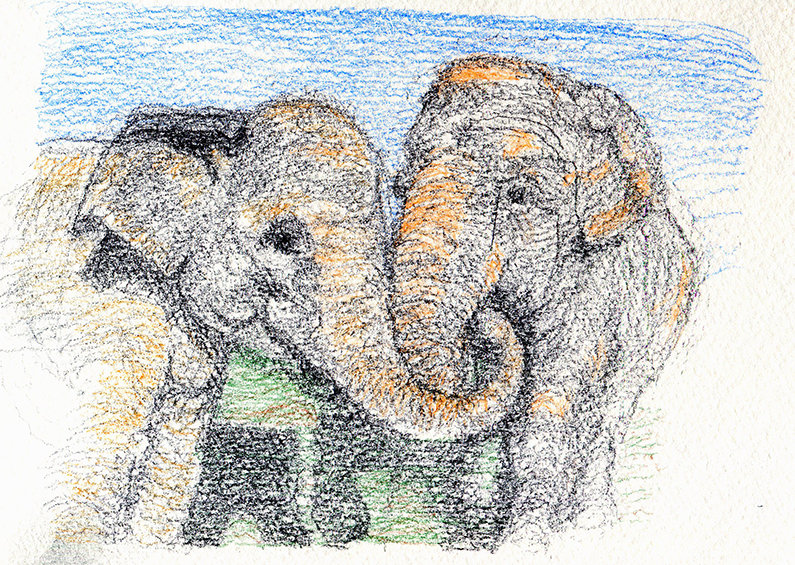 I’m very happy with this drawing of two elephants. Inspiration: Boyd Varty’s story about Elvis the elephant, as well as a story I remember seeing about two elephant friends reunited after 20 years apart.

Creation: this drawing was created in four sessions.

Day one – I began to sketch in the elephants, keeping in mind that I wanted to keep the marks as light as possible.

Day two – I had the “aha” – inspired by a video of artist Lynn Maderich in Minneapolis mentioning keeping in mind planes while drawing – to make simple wireframes of the elephants and think about shapes, rather than elephants. (In retrospect, I note that the ears of the elephant on the right are way too small. I wasn’t drawing what I saw!)

Day three – I worked with shading. It’s a challenging drawing because there is the gray of the elephants in both sun and shadow and the gray of shadows on grass. At the end of day three I had the elephants three-fourths of the way done against a white background. I thought about leaving things there (wish I could’ve done a photo or scan).

Day four – I worked on the background and putting the elephants into the foreground. I also decided, at this point, not to add ink.