B. Alan Wallace on compassion, grief, and the ideal response to adversity 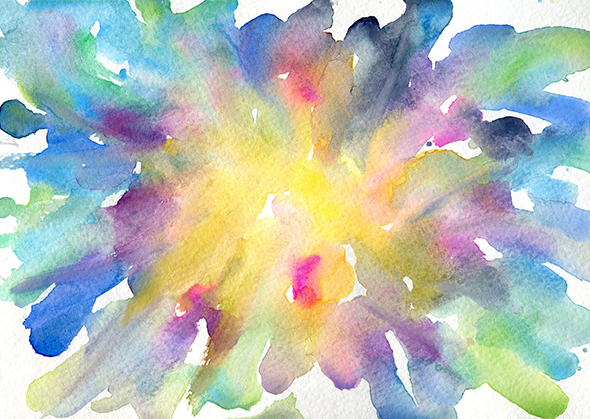 “Grief,” writes B. Alan Wallace in The Four Immeasurables: Practices to Open the Heart, “is the near enemy of compassion.”

Compassion, in Wallace’s view, is the desire that another be free from suffering. It holds the vision that such freedom is possible.

In Buddhist thought, a “near enemy” occurs when an affectionate emotion gets derailed and turns into something that looks superficially the same but is, in fact, quite different. The near enemy of loving-kindness is desire for attachment. We want the other to be happy so strongly that we get lost in the wanting and ignore the way we’ve sucked the happiness away.

With compassion, we are focused on the others’ UNhappiness. In fact, there is so much suffering in the world, we can settle into an ongoing state of grief. When I think of the natural world, for instance, and recognize the damage caused by human beings, I often feel the heavy darkness of grief crowding in on me.

The object of our grief may become our “only reality… Hardly any light leftover and it is utterly disempowering.” In paralyzed by darkness, we are unable to do anybody any good. No words of comfort. No acts of kindness or courageous activism.

What do we do? First, apply some self-compassion. Feel the weight and overwhelm.

The “ideal response” to adversity, Wallace advises, it is that we rise to the occasion and deepen our own wisdom, transforming the challenge into something we can embrace. We “chew it up, swallow, and digest it, and be closer to enlightenment as a result.”

Faced with difficulty, we ask if we can do anything about it. If so, great. “Do it and dispense with the unnecessary burden of sadness.”

Wallace cites the example of the Dalai Lama. Wallace witnessed His Holiness weep with refugees describing the abuses they experienced in Tibet and the difficulties of their trek across the Himalayas to safety. Then he returned to his “ground state” of “buoyant lightness.” It would be understandable for a Tibetan to be despairing, his country overrun by a foreign power, his culture in exile. “He would then be useless,” Wallace declares. Instead, he is an inspiration to the world.

“His example ample gives me confidence that grief isn’t necessary,” Wallace concludes. “It’s not useful to ourselves or others. Instead, persevere with buoyancy, with lightness, and with strength.”